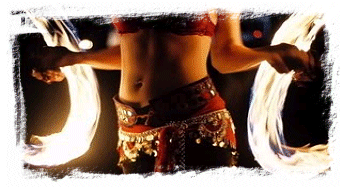 Jugglers are indeed a strange breed of busker. Both popular and familiar, they are essential to the art of busking. To fully understand and appreciate jugglers would be a life-long challenge.

Worldwide, audiences are simply fascinated by jugglers. Just how can they possibly keep all those items in the air at once? From juggling fire and riding unicycles to climbing ladders and ropewalking, these buskers indeed juggle everything conceivable...even safely juggling cats and babies! An ancient art, the highest level (circus) can actually briefly juggle 9 rings and things.

Wherever you go, there's bound to be a juggler whistling away as they do their thing. While juggling and eating an apple, banana, or even a sandwich, the juggler can take what is known as a "working lunch".

Practice makes perfect...which is why you'll often see jugglers practicing out in the open. Difficult routines can require several hundreds of hours to master. Sometimes during a real show, they'll miss on purpose to emphasize just how difficult the art can be. The audience goes wild when the "nearly impossible" feat is achieved.

It was during the time of the Han Dynasty that juggling truly came into its own. During this era, an entertainment extravaganza called "The Hundred Entertainments" grew up in the courts of the Chinese ruling classes. To the traditional daring of sword-juggling and the sheer virtuosity of numbers juggling with balls was added a host of innovations: gyroscopic juggling with diabolos and devil sticks, foot juggling, plate spinning, and "swinging meteors." In addition to the juggling specialists, the Hundred Entertainments shows included acrobats, magicians, fire-eaters, pole balancers, lion dancers, animal trainers, equestrians, - in short, everything Europeans would much later come to associate with the circus.

For centuries, Chinese jugglers and other virtuosos of manual dexterity enjoyed the applause and patronage of the upper class. But beginning with the advent of the Ming Dynasty (1368 A.D.), and carrying through into the middle of the twentieth century, these performers fell out of favor with aristocrats, who began to feel that such entertainments were too vulgar for their refined taste. Chinese jugglers returned to their village roots for the support and patronage now denied to them at court. There were exceptions, of course. But even when jugglers performed at court, they were treated as charlatans and buffoons, not as artists or even as skilled artisans. Only in the twentieth century, with the new emphasis on "the people's culture," have jugglers regained something of their old status as artists.